Is It Difficult to Learn Arabic for Beginners?

Remember: learning a foreign language is never easy. As the saying goes, Rome was not built in a day. So, how difficult is it to learn Arabic? 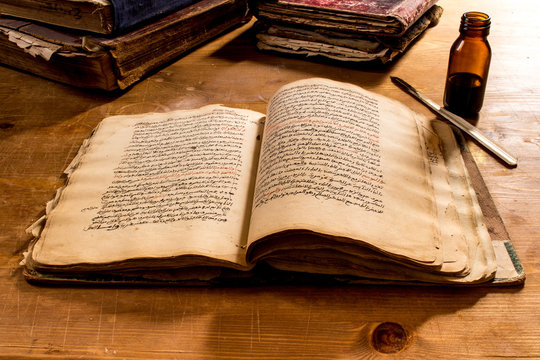 The decision to actively study Arabic may be a challenge and a considerable undertaking. Is it difficult to learn spoken Arabic dialects? A linguist may evade and tell you by saying, "Maybe so, maybe not."

Not everyone who tries to learn Arabic has the same ability to grasp new concepts quickly.

For some people, learning the basics of Arabic will be easier than for others, especially if they have studied another foreign language such as French, Spanish, Italian, or German.

Someone who starts taking Arabic classes from a young age will also find it easier to learn the language alphabet, grammar with singular or possessive pronouns, suffixes, and prefixes,

From the very beginning, it's best to forget about all the old prejudices or cliches about Arabic, as the 5th most spoken language in the world and the official language in 23 countries, learning to speak Arabic will certainly be very beneficial.

But because of the alphabet and writing, the language of the Koran often seems impossible to learn.

Arabic is a Semitic language which means Arabic is a trilateral language, which verbally Arabic has the same roots and can be traced to three consonants. Arabic has not many vowels but many consonants so Arabic is quite different from American English, or German, French, or Spanish and also Indonesian.

Pronunciation of Arabic requires a kind of hoarse gymnastics, and for that for language learners they have to put in a bit of effort outside the habit of the language they use. Learning to speak Arabic can often feel like trying to find a way out of a house full of traps.

However, what is a little surprising is that Indonesian has many loan words from Arabic.

When you take an Arabic course, you will quickly notice that many everyday words are adapted from Arabic, and you may even recognize some of them.

Here are our suggestions to make learning Arabic easier:

Determine the type of Arabic to be studied. Use the language and pronunciation glossary for your preferred language choice. It's more difficult to learn spoken Arabic dialects, as each version differs across the Arab world depending on the country you're in, especially when each mother tongue has a different dialect. It is much better to use Modern Standard Arabic, which as the name suggests this version has been standardized for all Arab countries.

Learn Arabic script and get into the habit of reading it from right to left, this way of reading is an added challenge if you come from a language that uses the Latin alphabet.

Lastly, if you really want to be bilingual in Arabic, or even if you just want to learn the basics of the language, it's worth learning from some good study materials: take advantage of speaking with native Arabic speakers to improve your skills. and use books, dictionaries, online Arabic courses and apps to help you learn Arabic for free… or maybe a private Arabic course in Jakarta and join a language school.

Learning Arabic is a fairly complex goal, but not impossible if you commit to it. There are ways to make learning Arabic a little easier, but is it possible to learn quickly?