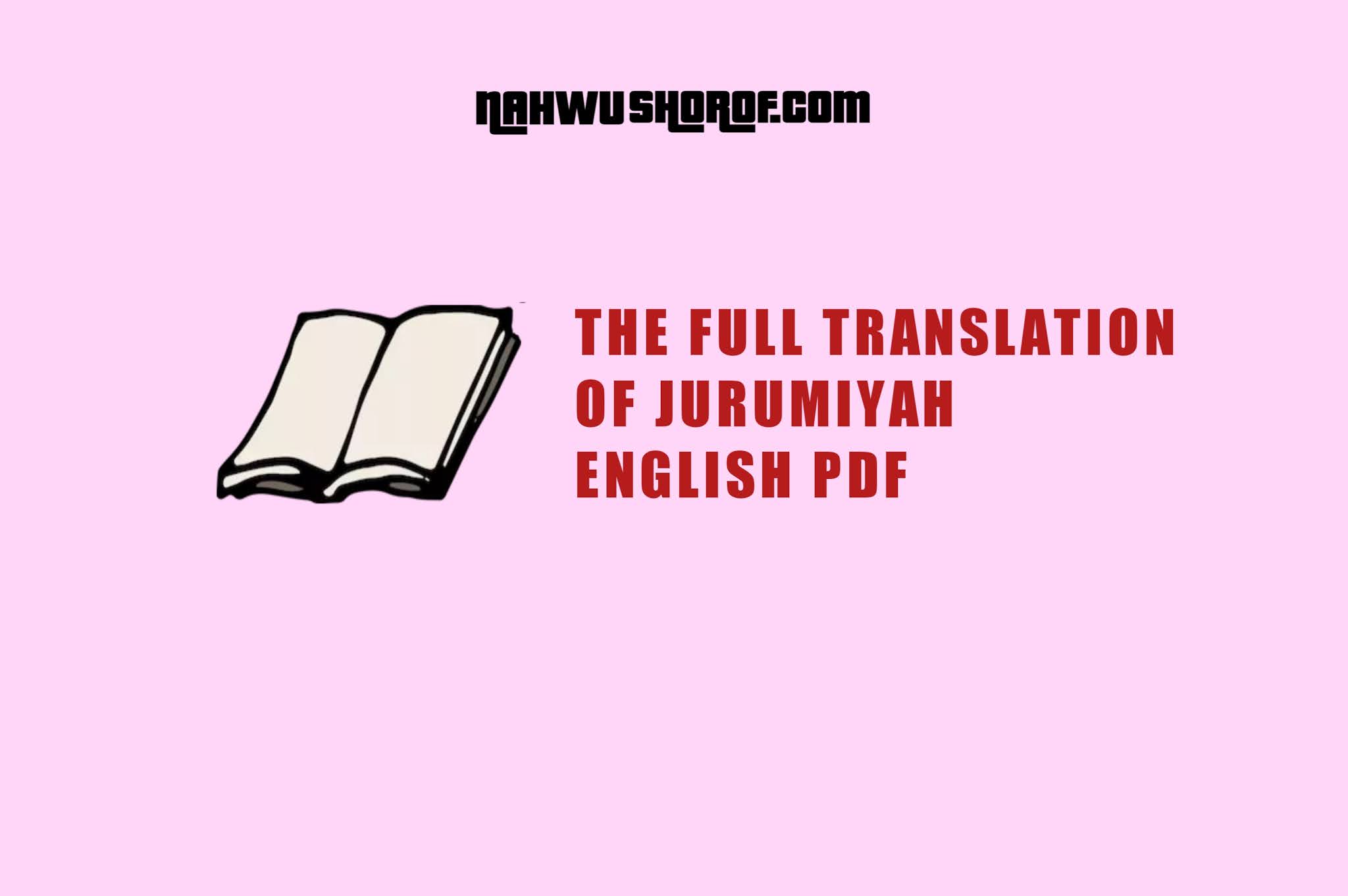 The Book of Jurumiyyah contains the basic theory of Nahwu Science, one of the Arabic branches that discussed the changes in the last letter of the word which is a sign in a sentence, whether the word is positioned as a subject, predicate, object, or additional information.

Nahwu science must be learned for people who want to explore Islamic science whose main sources are the Qur'an and hadith who use Arabic, and Arabic cannot be well understood except by studying the nahwu knowledge. And Ibn Ajurum succeeded in summarizing while sorting the most important chapters and the rules of the Nahwu science in Jurumiyyah very well, so this book was Masyhur as a book that was easily understood and memorized for mubition (beginners). Even Ibn Al-Haji commented:

"Most people after learning to read the Qur'an, they learn Jurumiyyah. The benefits of Jurumiyyah can be a result in a short time."

Among the traditional Islamic boarding schools, the Book of Matan Al-Ajurrumiyyah is a textbook about Nahwu (Arabic Gramatika) which is very famous. Almost every santri that studies in traditional pesantren began lessons about Arabic through this book. This book is a standard book that is the basis of Arabic lessons. In practice in the world of pesantren, this book is often called Jurrumiyyah. Naming is not exactly the same as the original name of this book, because the full title of this book is Al-Muqaddimah al-Ajurrumiyyah Fi Mabadi 'ilm al-Arabiyyah.

As the name suggests, al-Ajurrumiyyah is indeed the Book of Muqaddimah (Introduction) about the Nahwu science written by Ibn Ajurrum while in Mecca. The contents are very simple and fundamental. For this reason, this book also needs to be given a deeper explanation when the santri wants to study the science of nahwu further. For this reason, this book was finally given a lot of explanations by many scholars, up to thirty explanatory books. This explanation will be used as a book with Al-Ajurrumiyyah. In Arabic literature, books containing an explanation of other books are called the term of the Book of Syarah.

In addition to being given an explanation or review, the Book of Al-Ajurrumiyyah was also summarized by other scholars to the Uyan Bait (Nazham). No fewer than four books containing temples sourced from the Book of Al-Ajururrumiyyah. The most famous string of temples written by Muhammad bin Abi al-Ghalaly, known as Ubaid Rabbih.

In accordance with the title above, we will share the Jurumiyah book for free with the English version pdf format. Please pay below: